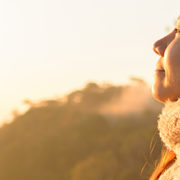 Many leaders think the best way to make a decision is to focus on the logical, reasoning part of their minds. Actually, what neuroscience tells us is that there’s more to our brain than the gray matter that rests between our ears. Other parts of our body do essential work processing information. And, the best leaders know how to analyze and use that information.

The Science Behind Gut Feelings

I explained the science behind gut feelings to my colleague, Daniel Goleman, for his  Leadership: A Master Class series.

“We now know that the intestines, our gut, has a set of neural net processors that function like sophisticated computers. The computers we have at home are linear processors, and they can do all sorts of fancy things quickly, but the really sophisticated computers are those that are in a spider-web-like network called parallel distributed processing. We have these parallel processors called PDP models that are in our intestines and also around our heart. So the heartfelt feelings that we have are not just poetic metaphors of the ‘gut instinct’ and ‘heartfelt feelings’ but instead are really sophisticated processors. Now, it’s not rational—meaning it’s not a logical thing where you could say, ‘A went to B went to C.’ But it is a very important way in which our whole being is processing information, and often this source of bodily wisdom is very useful when contemplating an organization’s direction.”

We now know that the intestines, our gut, has a set of neural net processors that function like sophisticated computers.

How Does the Gut Connect to the Brain?

The information processors of the internal organs, called viscera, process information and send signals from the body to the spinal cord in a layer called Lamina 1. Lamina 1 carries information from the intestines, heart, muscles, and bones upward through the spinal cord. Part of this information goes to the deepest part of the brain, the brainstem, and influences heart rate, respiration, and other processes like that.

What’s fascinating is that people who are aware of their interior (called interoception, or perception of the interior) tend to be more empathic. More interoceptive ability equals greater activity of the right insula and greater self-awareness, at least of emotions.

One view of emotions is that they’re generated from subcortical areas of our brain. The cortex is the higher part of the brain; beneath the cortex is the limbic area, the brainstem, and the body proper. Everything below the cortex in the brain mixes together to form emotions. The emotions are driven up through the insula to the cortex, where we become aware of them. When you say, “This person is aware of his or her emotional state,” the insula is usually involved.

There are related areas of the pre-frontal brain that communicate rapidly with each other, assessing “Should I go toward or move away from this thing in front of me?” All of these prefrontal areas work together in decision making. When leaders say they listened to their guts, they’re really saying, “I don’t just base my decisions on logic; I actually use my whole self, which includes my gut and my heartfelt sense with reasoning.” They’re not just responding to their gut feeling, but they’re using their gut to give them an ultimate summation of where they should go.

Given that the body plays an important role in decision-making, how does this relate to self-awareness? Although there is disagreement among neuroscientists about whether there is a significant difference between the left and right hemispheres of the brain, the signals from our guts have their primary input to the right hemisphere. The right hemisphere is also a primary site for making maps of an autobiographical self.

Body awareness and awareness of raw, spontaneous non-rational input mostly involves the right hemisphere. The left, in contrast, is more distant from the body and analyzes data it perceives. It cuts it into pieces, creates categories, does “digital analysis,” looking for binary distinctions, such as up and down, yes and no.

Realizing the left is digital and the right is analog, leaders need to understand both are important. The left sees the details; the right sees the big picture. Both are really significant, so self-aware leaders know the difference in these two ways of processing, honor the importance of both, and integrate them together.

The left sees the details; the right sees the big picture.

What to Do with Your Gut Feelings?

When I say it is important to listen to your gut, I don’t necessarily mean you should respond to it directly. Gut feelings or a heartfelt sense provide crucial wisdom. Other times, our gut feelings can lead us astray. As with any data source, it’s important to analyze bodily input, not just to respond to it blindly. Just because you were once bitten by a dog doesn’t mean every time you see a dog and your gut says “alert, alert, alert” you should expect to be bitten.

A great research study would be to look at leaders who said “I followed my gut” when creating companies that failed or succeeded. What determines a gut feeling that makes an incredibly successful company versus a gut feeling that doesn’t? My sense is that a key difference would be how the leaders analyzed and used their gut sense. Working with a coach is an effective way to learn how to listen to and analyze your gut feelings. Here’s an article that suggests an exercise for developing your skill at making sense of the messages your body gives you.

For more on this great program I’m teaching along with Dan Goleman, here’s a short video about the importance of brain science in leadership development.

Grounded in the belief we are all unique beings, we begin each new client with a meticulous bio-mechanical evaluation, assessing each joint in it’s relationship to the movement of the body as a whole. Our therapists are skilled at reading the unique story your body tells, and treating everything from the bottom of your foot to the top of your head.

Bodywise Physical Therapy is located in Portland, Oregon. The Bodywise approach is wholistic, individualized, and can benefit people of all fitness levels. While Bodywise has always specialized in general orthopedics, spine rehabilitation, and sports medicine, they have evolved into a truly wholistic practice integrating Hands-on treatments with Mindfulness, Pilates, Trauma Release Exercise, Women’s Health and Lymphedema.